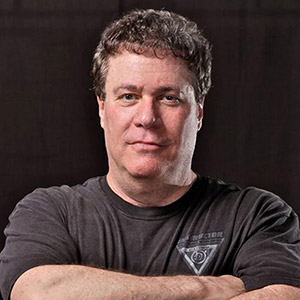 Darren Levine is the Chief Instructor and co-founder of Krav Maga Worldwide, as well as the founder of the nonprofit, Krav Maga Association of America. A 6th degree black belt, he is one of the highest-ranked Krav Maga instructors in the world and received extensive training directly from Imi Lichtenfeld, the creator of Krav Maga.

In recognition of his extraordinary contributions to the Krav Maga system, Darren Levine received one of only two Founder Diplomas ever issued by Imi Lichtenfeld. An internationally recognized self-defense and counterterrorism expert, Darren Levine has taught thousands of civilians and police officers, as well as military special operation and anti-terrorist units in the United States and abroad.

Darren Levine serves as Head Deputy for the Los Angeles County District Attorney’s Target Crimes Division; he has been tasked with prosecuting the most violent crimes committed against law enforcement, including murders of on-duty peace officers. Levine has received numerous commendations, among them: National Co-Prosecutor of the Year 2004, National Association of District Attorneys; Los Angeles County Prosecutor of the Year, 2003 ADDA; and Distinguished Alumni Award, Loyola Law School.

“Darren Levine has risen in stature and accomplishment in Krav Maga from a beginning student with me in 1981 to Chief Instructor and my representative in the United States.” (July 28, 1994)