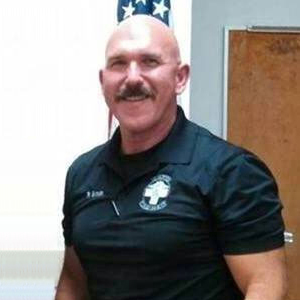 Richard Smith is a former United States Marine who joined the San Antonio Police Department in September of 1989 where he retired in 2017 with 27 years of service. During his carrier he was assigned to the Patrol Division, Training Academy, the Tactical Response Unit, and the Special Operations Unit, where he is was assigned as the San Antonio Police Department Tactical Medic Program’s Coordinator.

Richard has been a Police Trainer for over twenty-four years, and a licensed Police Instructor for twenty-three of those years. He is currently a Master Peace Officer through the Texas Commission on Law Enforcement. He is an Instructor for both Basic and Advanced Hostage Negotiation schools; a Staff Instructor for Thunder Ranch Inc; a former Staff Instructor for the Alamo Area Council of Governments; and a former Adjunct Instructor for US Border Patrol Search, Trauma, and Rescue Tactical Medic School. He has instructed agencies throughout the nation, in the areas of FTO/Instructor development, tactical first aid, tactics, firearms, and family violence. Richard has also served as a consultant for large corporations, universities, churches, and federal buildings, providing threat management and threat mitigation evaluations and is currently the Chief Consultant of Con10gency Consulting.

Richard has received many Department Merits, Letters of Accommodation, has been awarded two SAPD Life-Saving Medals, as well as being named the 2013-2014 San Antonio Police Officer of the Year by both the San Antonio Police Department and San Antonio’s Optimist Club. In 2015, Richard also had the honor of serving as Medical Support for The Cloud Walkers Foundation during their training for, and summit of, Mount Kilimanjaro.